Until Dawn is a video game with a horror adventure theme. The game developer is Supermassive Games and the publisher is Sony Computer Entertainment. This game was launched on PlayStation 4 in August 2015.

After the launch, the game was considered a success – having been met with positive critical responses. The praises were focused on the visuals and the ability of the players to choose their characters. The music, storyline, characters, horror elements, and overall gameplay contributed to the positive reviews.

Story behind Until Dawn 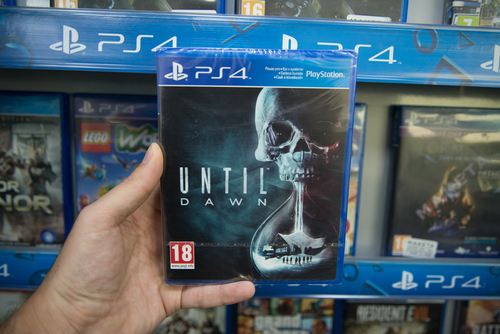 The story of the video game is set in Western Canada. It focuses on a group of teenagers – all eight of them. In the backstory, the characters are vacationing in a cabin owned by a friend and his twin sisters. The group decided to prank one of the sisters, causing her to run away. When the other sister followed, they ended up falling off a cliff- presumably to their death.

A year after, the group is invited by the brother of the twin sisters to the same cabin as a peace offering. Shortly after they arrived, the group was attacked by a psycho. Each of the characters is brought into the limelight as they make critical decisions that will affect the outcome of the game. Most of the time, characters are asked to choose between the others in a seemingly life or death situation.

Towards the end of Until Dawn, it is revealed that one of the twins survived the fall and the psycho is in fact, the brother of the twins who is seeking revenge. The group has to survive until the rescue arrives to evacuate them from the place.

During the game, Wendigos (the mutant version of trapped miners in a nearby mine) and a Stranger add to the mystery and suspense of the game.

About playing Until Dawn

The game of Until Dawn is meant to be played multiple times. There are a hundred different scenarios that could happen – depending on the choices that will be made by the player through the characters. This makes the game all the more interesting because no game is the same – as long as one decision is made differently.

Every version of the game will take 9 hours to complete. This translates to a lot of hours of game time – if the player wishes to go through all the possible scenarios – thanks to the “butterfly effect”. If a weapon is left in a room, the same weapon will still be there later on in the game and can be used to help the character that stumbles upon it.

The nature of the game also involves a lot of “flashbacks” and even “flashforwards”. This is actually an indication that something bad is about to happen and the character is being reminded of something to help them survive it.

Since it is a long game Until Dawn has an auto-save feature that will keep the players from losing their game. It is filled with adventure, quick-time events, and clues. It is a very interesting game – although a bit thrilling and nerve-wracking at times.